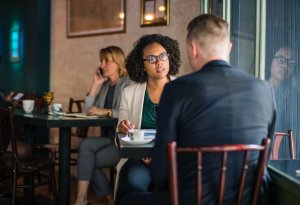 Whilst all of the laws discussed in the section in this website for unmarried couples relating to legal ownership still also apply to married couples, the crucial point to understand is that the family courts have wide-ranging powers to alter legal ownership as part of an order relating to financial settlement. For example: an order can be made for the ownership of a house to be transferred from one party to another or for the percentage shares in the property to be changed; a pension sharing order can be made in relation to one party’s pension; or the ownership of money and other assets can be changed by an order.

Given these wide-ranging powers, there have been many occasions in the past when people have made applications to the courts for these powers to be used, resulting in a very large body of case law being built up. This case law in some respects helps to clarify how people can expect their own situations to be treated by the courts but it is important to realise that the courts retain a great deal of discretion in how they apply their powers, with every case being seen on its own merits. The court will need to consider all the facts of the case, including the needs of all parties (especially any children), together with the arguments presented by both parties, before a judgment is made. The effect of this is that there is no way to predict accurately the outcome of any particular application to court, with it being possible that the order made will not be one that was either asked for or favoured by either party.

There are likely to be situations when either the only option left is a court application or when there is point of law that needs to be clarified but, in the vast majority of situations, it may be worth exploring whether an agreement can be reached without the need to ask the court to intervene, either by the parties discussing the options amongst themselves, perhaps with the assistance of legal advisers, or by asking a family mediator to help in this process.

If the parties are considering formalising their separation by a divorce (or by dissolution of a civil partnership) then, once an agreement is reached, a draft consent order can be drawn up by the parties themselves or by their legal advisers, with the aim being to submit this to the court for approval towards the end of the divorce process, after the Decree Nisi has been ordered. Once this consent order is approved by the court then this will finalise the agreement. It should be stressed that, as the court has a duty to ensure that any orders made are legally effective and protect the needs of all parties (particularly any children involved), there is the possibility that the court will alter the draft order or ask for it to be amended, which is why it is important to consider having the draft order prepared by a suitably qualified person. A competent family mediator should be able to ensure that any agreements reach during mediation are likely to be acceptable to the court and to ensure that these agreements are worded in such a way that a legal adviser can easily draft a suitable consent order. Please note that there are certain aspects of a consent order that could be varied in the future by one party making an application for variation, but there is no guarantee that such a variation would be accepted by the court.

If divorce is not being considered then any agreement reached can be recorded, by the parties themselves or their legal advisers, in a separation agreement, which could be drafted in a way to maximise the likelihood that it could be converted into a consent order in the future if divorce proceedings were to be started.

When considering which route to take for trying to resolve financial issues it is helpful to be aware of the new Children and Families Act 2014, which means that as of April 2014, before considering a financial application to the family courts, the use of mediation needs to be considered and a Mediation Information Assessment Meeting undertaken with a mediator.