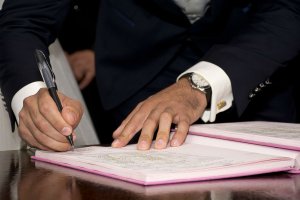 Many people believe that there are laws governing “common law” husbands or wives which are related to living together for a certain period of time. However, this is actually a misperception as there are, from a financial perspective, no additional laws that govern partners who live together compared to those who do not. In reality, there can frequently be very little legal protection for unmarried couples, with the basic position being that any money or assets legally remain in the hands of the person who has legal ownership.

For example, any money held in the bank account in one person’s name will continue to be owned by that person after separation. Conversely, any money held jointly by both parties in a jointly named bank account will remain the joint money of both parties, probably on an equal basis. There are still ways for someone to claim that this basic position should be altered, perhaps because there is a suggestion that one party owes money to the other party or because one party contributed more money into the joint account than the other. However, the important point to understand is that the way to resolve this type of dispute would not be through the family courts but through normal civil debt claims procedures.

The situation can become a lot more complicated when the ownership of property (e.g. the family home) is concerned, primarily because the sums involved are often relatively large. The starting point is again to examine the legal ownership of the property to find out whether it is held in joint names or in the sole name of one party. However, there may still be a need to consider whether there are any possible legal arguments that could be used to try and claim either that the legal ownership should be changed (e.g. from sole name to joint names) or that the shares in which a jointly owned property is held should be changed (e.g. from an equal 50:50 split to an alternative split such as 60:40 or 70:30). This is a very complex area of law and there have been a lot of legal cases in the past which attempt to set out precedents for how to address ownership from a legal perspective. Anyone who wants to explore these issues in more detail should consider contacting a mediator or solicitor with the relevant expertise.

It is also worth bearing in mind that the family courts have powers to make orders that either change legal ownership, or give someone who is not a legal owner a right to live in a property, when the courts are considering applications relating to the needs of any children in a relationship.

However, it is important to realise that, whenever there is a dispute about either the legal ownership of any assets or about who should be entitled to use these assets (e.g. for the use of children and the non-owning parent), it is likely that these issues will take many months or even years to be resolved, with the potential for very large sums of money being used in the process. An alternative to trying to resolve these matters through the legal system is to consider reaching an agreement directly with the other party, perhaps with the assistance of a family mediator who is able to explain the legal position to both parties and to help explore possible settlements.